Wow what a great week :) I love being a missionary! This week weve been making goals and making plans on how were going to reach them (ive learned that im good at making goals but when it comes to acomplishing them... well thats the hard part ) but this week has been great. I made a goal to control my thoughts better and foucous more on the work and my investigators and its been so amazing. Its wonderful when you make a plan and you take it to Heavenly Father and tell him about it and humbly ask for his help, he helps you! I have felt a new strenghth and foucus for the work. Sister Barrett and I also made the goal to get up a little bit earlier and exercize harder (now that ive lost a little weight, im addicted to loosing the rest)  so weve been running, doing pushups and sit ups and other things like that. We are also giving up sugar and fried things... (unless its at lunch with the members then we have to eat what they give us but thats ok :)) and so weve been doing this for a week now and I feel so great! Ive been able to stay awake during my studies and ive been able to have streghth and a drive all day :) plus Im sleeping better at night too!... sorry this is begining to sound like a testimonial for a weight loss program. Well switch over now. On the spiritual side of things we have been meeting so many new people to teach (thanks for the prayers savanna ;) Heavenly Father is answering them!)  We have alot of new potential families. Nora from last week didnt make it to chruch but were planning a family home evening and were going to invite her to come, so hopefully she coomes to that! Im so thankful for this time that I have to learn more about myself and more importantly to learn more about Heavenly Father and to develop more faith in him and his plan for me. Im so thankful for my companion who is teaching me so much. We are learning so much about releationships! We have learned that good relationships and friendships arnt ever going to be perfect, their are always going to be disagreements and hurt feelings, but whats more important is your dedication to fix it, to work out your challenges together, your commitment to make your relationship strong together. I know I have found a true friend in her, and I know we have grown to love each other more through our disagreements and challenges. Well thank you everyone for everything! I love you all! and I miss you!
Love,
Shelby
Posted by AmieMarie at 9:35 AM No comments:

Well not a lot has really happened this week, it was the first week of the new transfer so we have just been trying to get to know the new sisters in our area! There is a new American sister that sister pence is training in Coopahradio! Shes from Orem, Utah (I think) and she seems really sweet and ready to learn. I feel for her though, having to learn Portuguese is no picnic! but Her trainer, Sister Pence is one of sweetest missionaries in our mission so she should be ok :) A lot of sisters stayed the same in our area so there's only a few we have to get to know this transfer. Next week we start doing divisions, woohoo! but this week Sister Barrett have been enjoying just being able to spend some time together as companions, plus this week together was really good for our area, and we were able to pick up some new investigators! Two new families to teach and an older couple who are awesome Nora is the name of the wife and she offered to go to church with us! and she said that she could give us a ride! but then Sunday morning came and her husband called and told us she was having some problems with her liver and couldn't go ;( so we had to walk to Church... but its ok :) we've got to loose weight somehow! Nora said she would go to Church with us next week :) I really hope that she can, shes going to love it. Were going to see her tonight to teach her the restoration.
Also this week we had to go to the eye doctor because Ive been seeing black lines and dots everywhere I look. but we went and he said that everything is normal, my eyes are just aging faster than I am and I'm starting to get little dirty floaters in my eyes which is what Ive been seeing. awesome but he said that I have 20/20 vision and that I'm not going blind. yay :) Nothing to worry about!
Sister Barrett ALSO had to go to the doctor and get a boot for her foot because of over use but its already getting better, she just has to limp around for a week. but we have felt the hand of Heavenly Father in our work, despite all the distractions we were able to have alot of success :) Well I should probably go :) I love you all and thank you for the prayers!
Love,
Shelby
Posted by AmieMarie at 3:22 PM No comments: 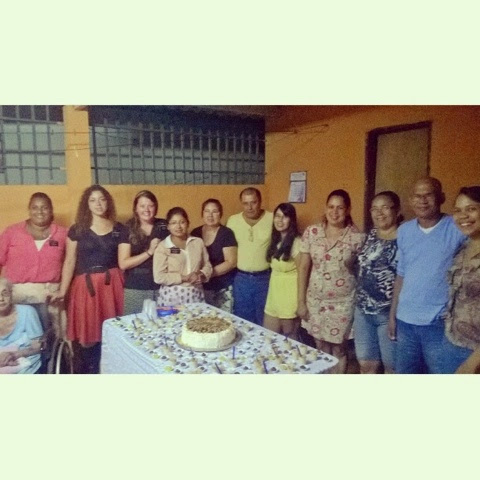 Posted by AmieMarie at 9:11 PM No comments:

We've Made It A Year!

Hello Everyone,
Well this week Sister Barrett and I celebrated our year mark on the 8th! wow I cant believe its been a year already! I think that I say this in everysingle one of my emails but time goes by so fast! This week was the last week in the transfer. We got transfer calls yesterday and Sister Barrett and I are staying together (woohoooo!) and were staying as Sister Training Leaders in Jardim Irma. Were very happy and excited to at least have one more transfer together. Next transfer she will proabably be transfered. This week was a good week. We did divisions with the sisters in Cooparadio! which was such a great experience for me because I was able to go back and see alot of people that I worked with but my favorite was LINA :) She was the lady that had chickens living in her trees that ended up getting baptised a week after I left. When she saw me and sister pence she walked up to me and wrapped her arms and hugged me for a really long time then she pulled away and then hugged me again. She is doing so great! she has so many new friends in her ward and her and one of the sisters in that ward have goals and plans to go to the temple in November! She was so happy and excited. shes so strong and it brought tears to my eyes to see how much she has changed and how happy she is. When I left she hugged me two more times and told me thank you. Im so thankful to Heavenly Father for that experience because I was able to walk away knowing that even in just small ways im making a difference out here. I wish I could come back and see her go throuh the temple.
I also did a division with Sister Tomaz and it was so fun to be able to see her again and work with her a little bit. She is doing very well.  Also this week we had transfer cleaning which was so great :) we threw away piles and piles of stuff  and now our apartment is super clean :) makes me happy :) Sister Barrett and I also tore apart our room and cloroxed it becase weve been finding alot of cockroaches at night in there. I pray everynight to Heavenly Father that he will bless me that the cockroaches will stay away from me. Well I love you all and I miss you! Thank you so much for the prayers :) I feel them everyday.
Love always,
Shelby
Posted by AmieMarie at 9:09 PM No comments: 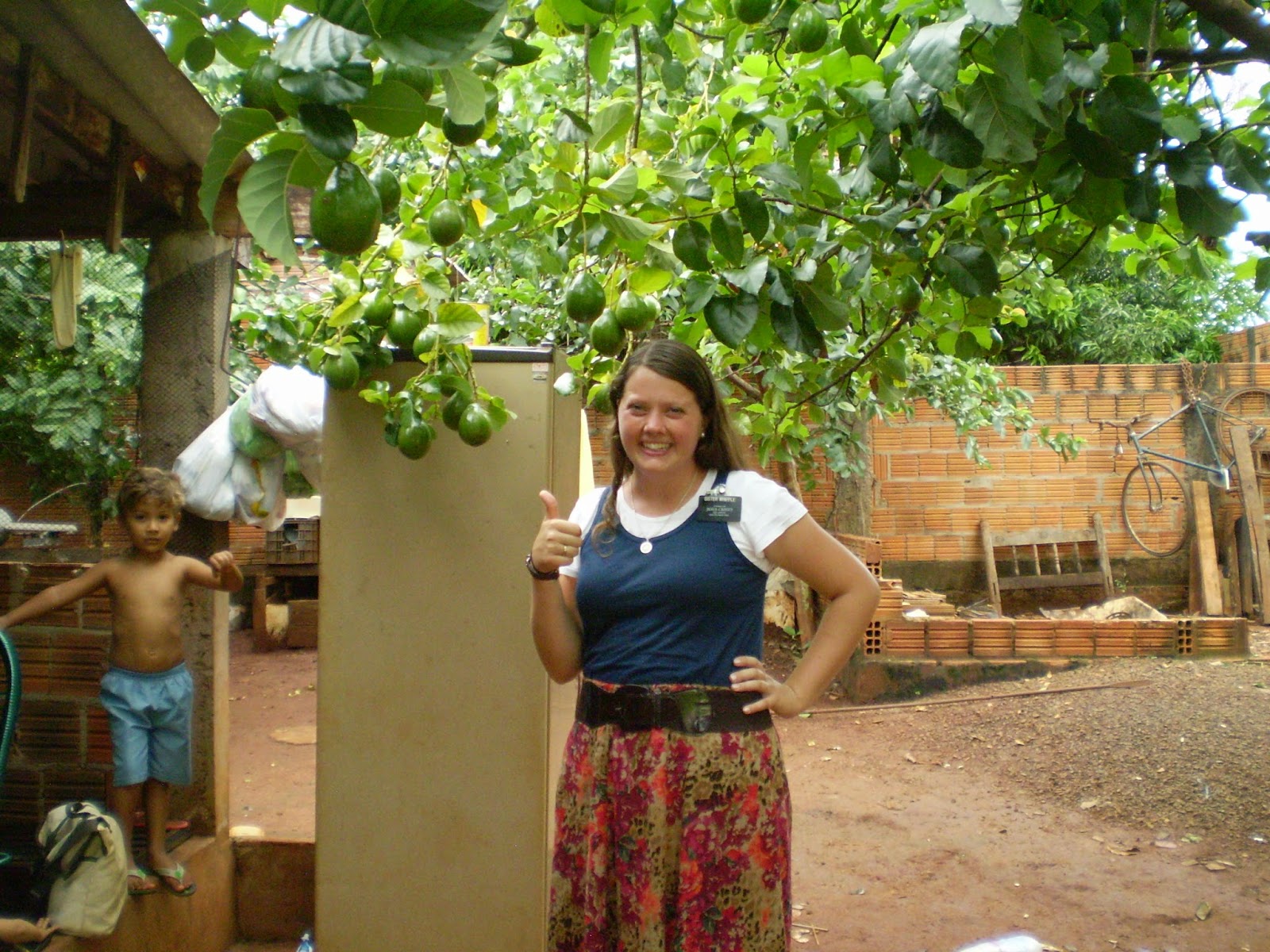 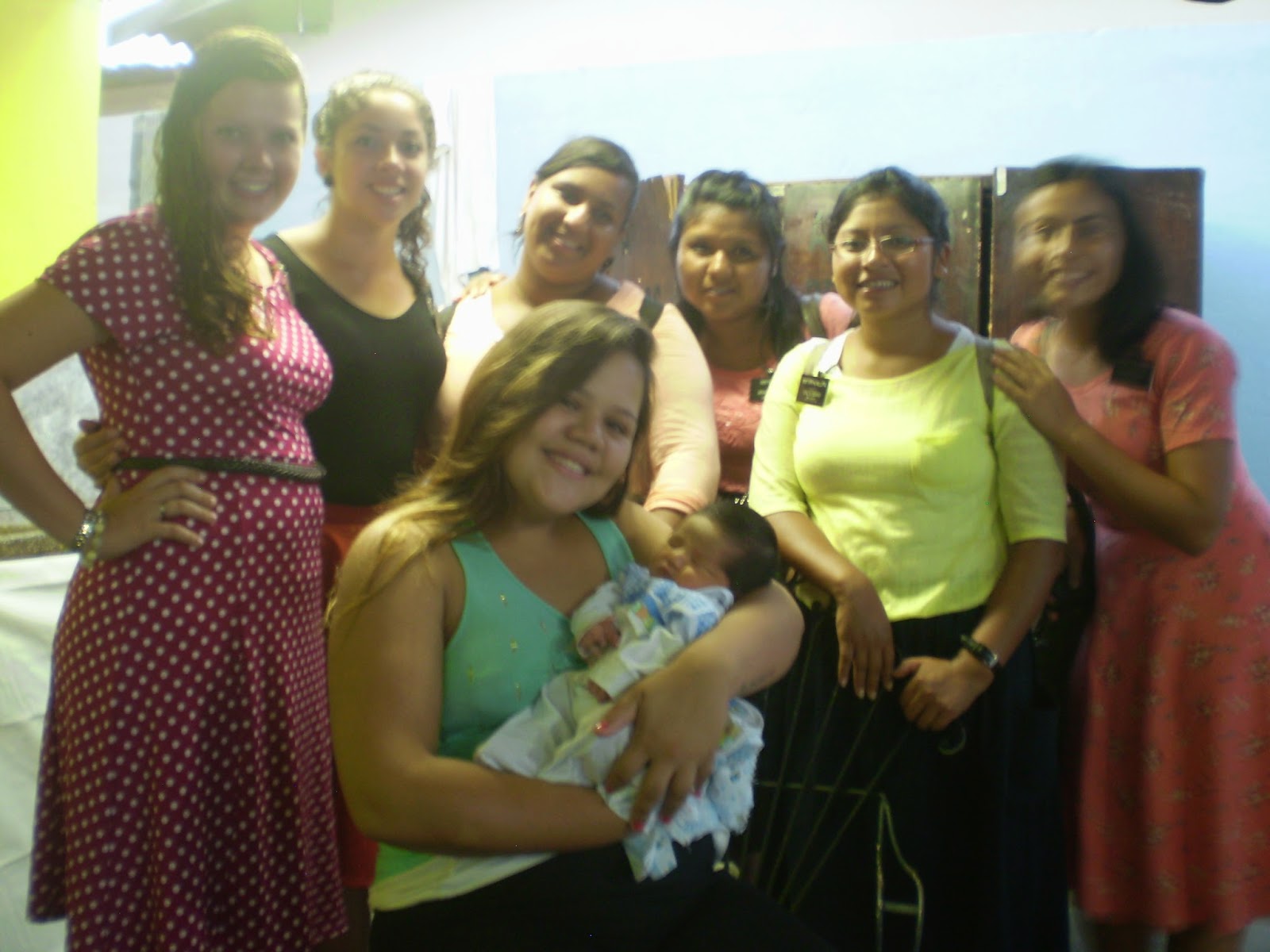 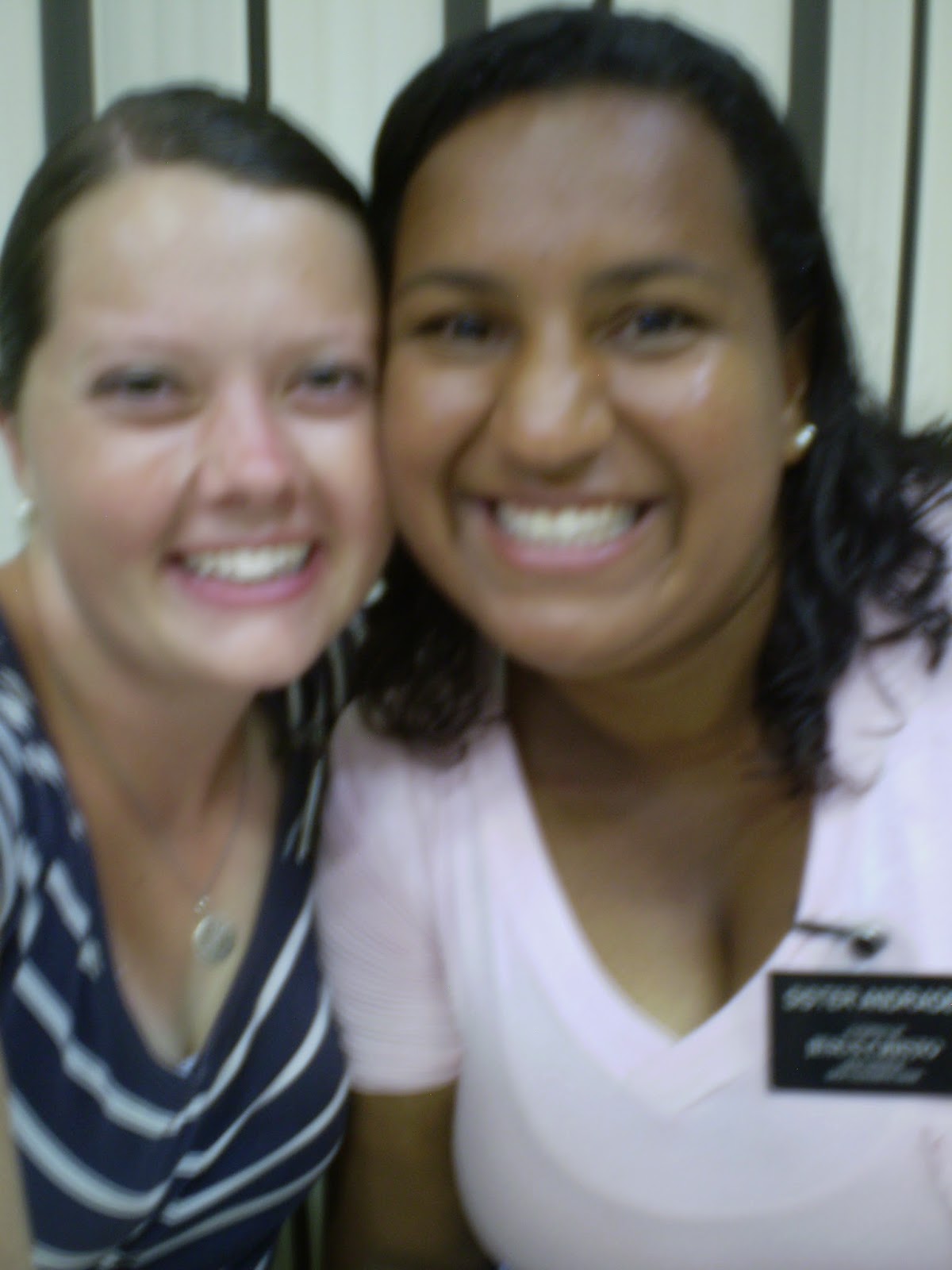 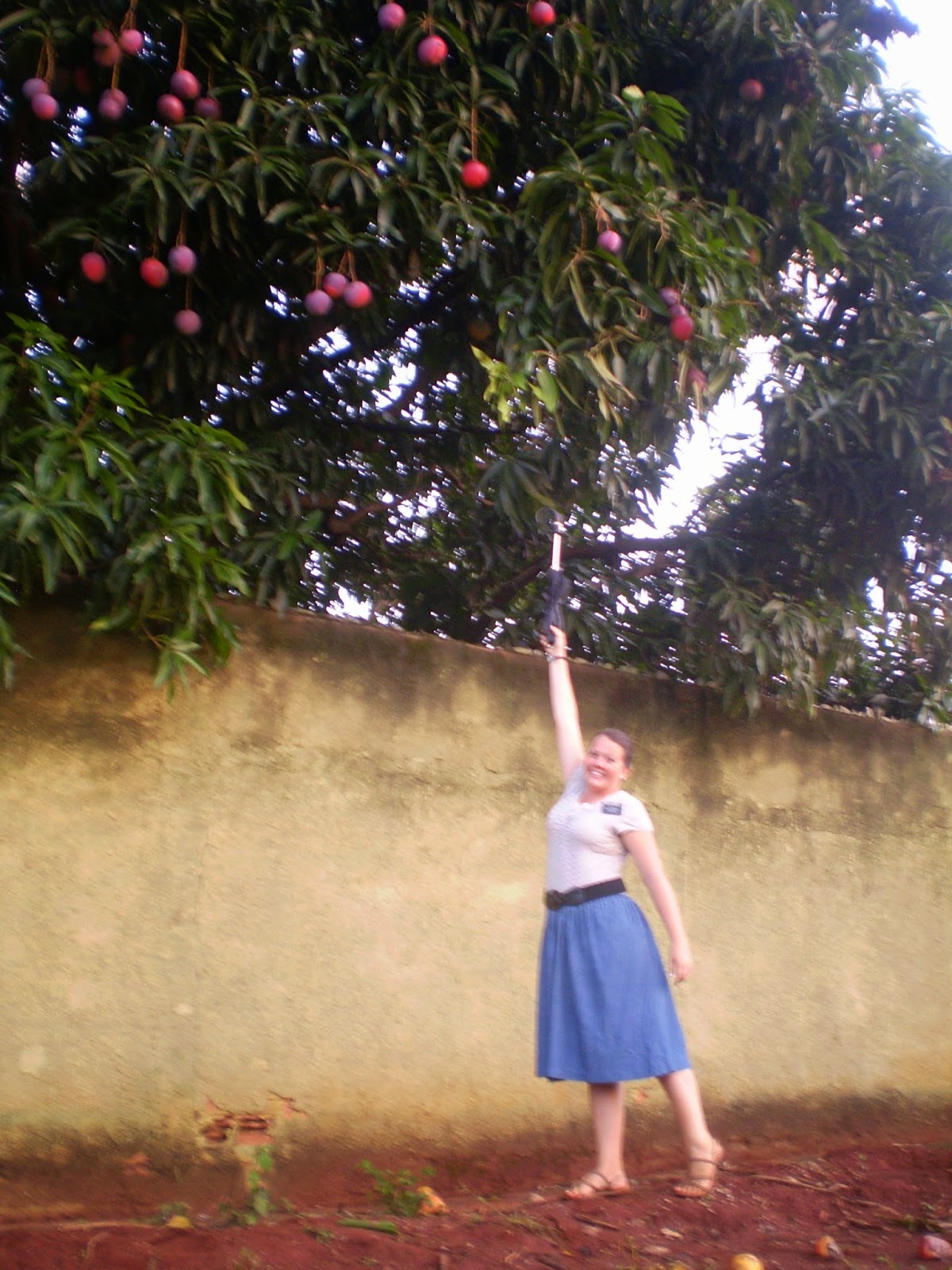 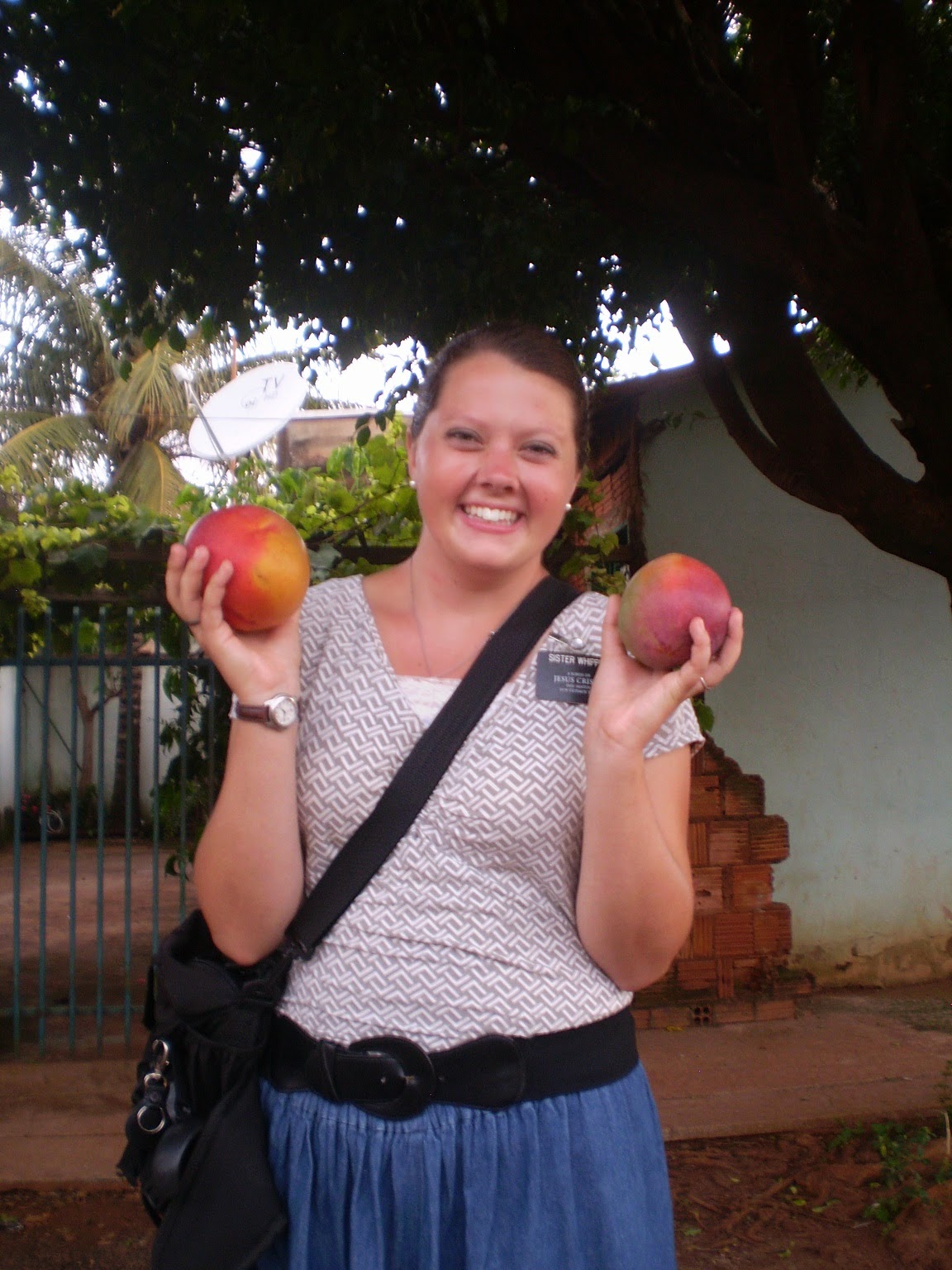 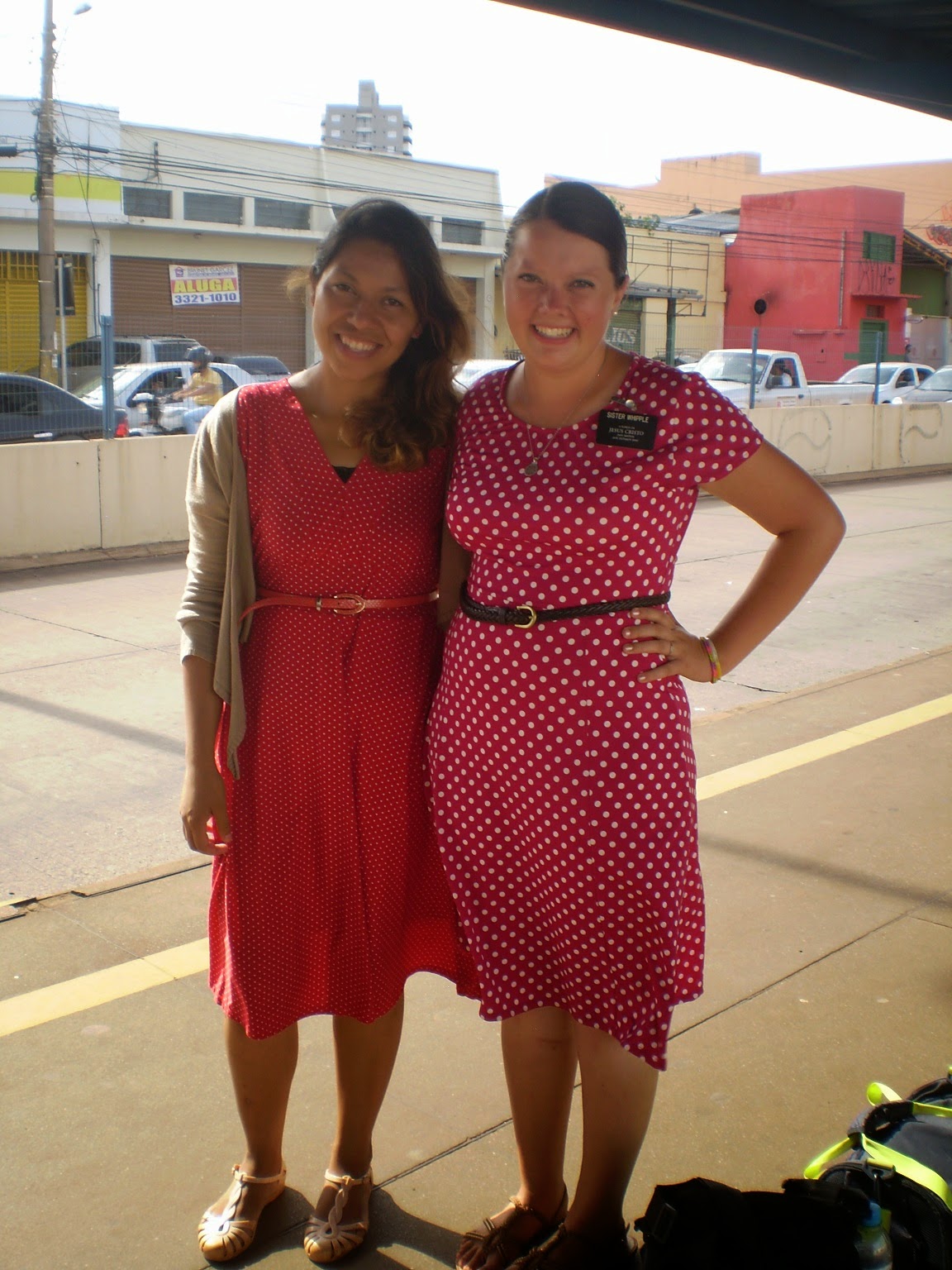 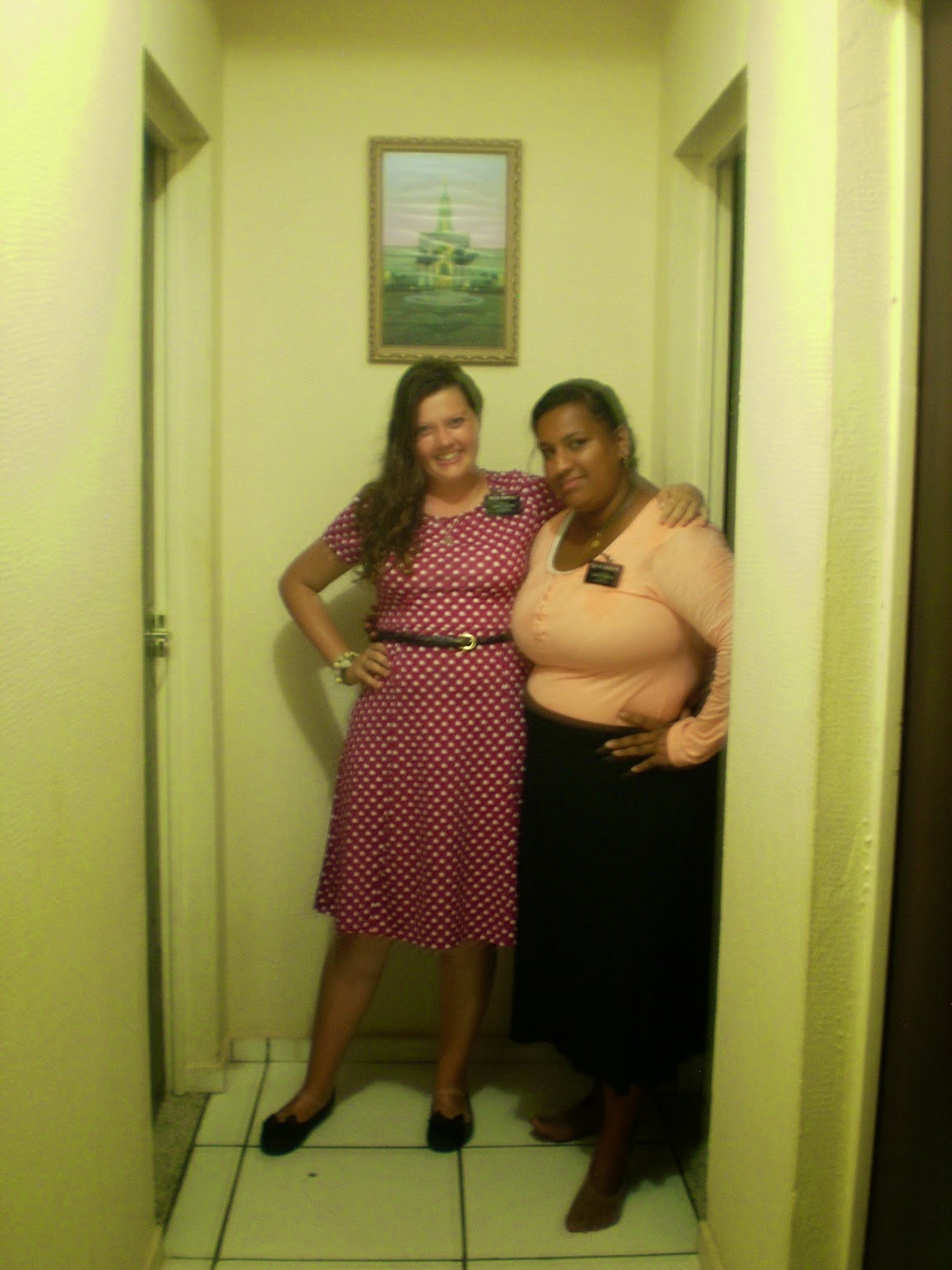 Posted by AmieMarie at 6:24 PM No comments:

Posted by AmieMarie at 2:59 PM No comments:

Well this week has gone by so so fast! Just like all of them always do :) This week we celebrated New Years and people get pretty crazy here! but thankfully we stayed away from all the craziness. For New Years eve dinner we went to our stake presidents home and had dinner there. It was really good! we had turkey! but here the word for turkey is Peru... or at least that's how its pronounced, it was funny because the Peruvian that lives with us made a joke that she wasn't going to eat it because she wasn't going to support the eating of her own country. anyway, we stayed at their house until 11:30 talking and laughing and singing. then we went back to our apartment to watch the fireworks. Our president told us that we could stay up and watch them as long as we stayed right outside of our apartment so we all settled ourselves on the curb and waited for midnight to come. when midnight hit all the the people started setting off their own fireworks. These fireworks of theirs were the big giant ones that are illegal for just regular people to set off in the united states. and they of course didn't know how to set them off and were just shooting them an any direction because they were drunk. so fire works started going off right above our heads raining down ashes, some of them even hit our apartment building and shook the glass in the windows so sister Barrett and I decided it would probably be safer to head inside. When the only Brazilian that lives with us shouted,  from the cover of a near by car port, NO stay here because the real ones are going to start in a minuet! We decided not to stay :) but watched the real fire works from the window. then around three o clock in the morning we awoke to gun shots being fired into the sky by all the drunk people. the next day all the missionaries are forbidden to go out and work because its pretty dangerous and people are parting so hard they wouldn't listen to us anyway. So we spent the day inside doing crafty things and hanging out with each other. then we went to a sisters house for lunch and had casserole and salad which was delicious :) We also had a pretty exciting week in the fact that an investigator of the other sisters that live with us had a baptism! it was a girl they had been working with for a really long time, her whole family are members accept her and their working on going to the temple to be sealed as a family, and now their daughter will join them! it was very exciting and emotional! one of our investigators went to the baptism too to see how its done and if its something he wants to do. He still hasn't made the decision of weather he wants to or not but well see how he feels when we see him this week :) well todayI get to go on a division with sister pence which means that Ill get to visit Coopahradio for two days! yay! well I love you all and I miss you!
Love,
Shelby
Posted by AmieMarie at 2:09 PM No comments: