Sister Whipple at the Provo, Utah Temple with members of her zone. 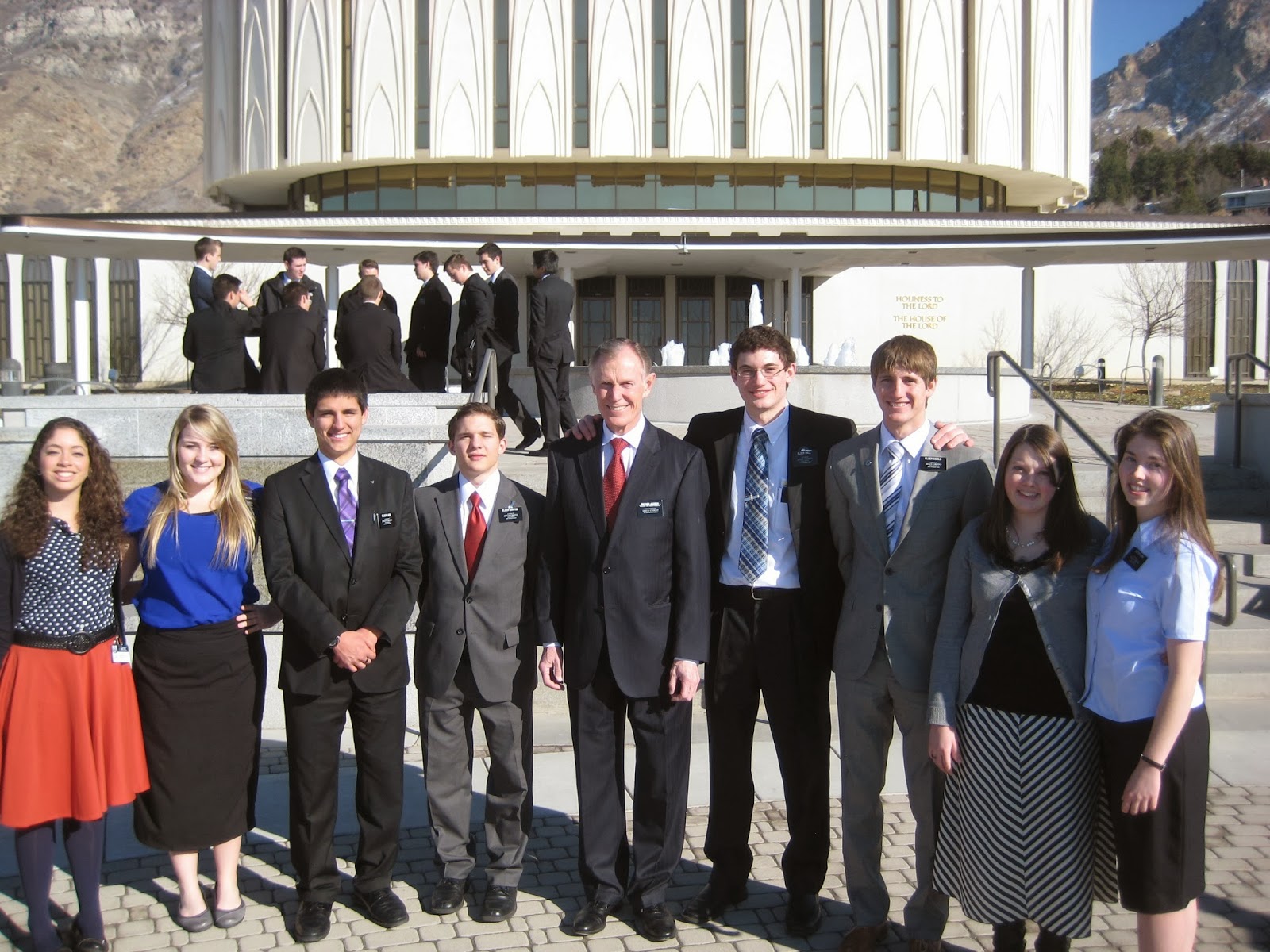 Posted by AmieMarie at 11:22 AM No comments:

Hello from the MTC

Thank you for the pictures! I loved them, I hope Logan had a good party :) and I hope that he has a good Birthday :) I'm doing well up here! Its still sup super cold but we're warm in our dorm and class room, so that's good :) I'm doing really well with the language, still can't really form comprehensible sentences but I'm getting there :) We had TRC on Friday, which means we teach real people who want to be taught in Portuguese and I did it all with out a script! It was a huge confidence booster and they seemed to kind of understand what I was saying even though it was like " Joseph Smith, Pray, God, God, Jesus Christ, Come Joseph Smith" ha ha. If they didn't understand then they were just super nice people who really liked to smile and nod ;) So it was super fun and I do it again this Friday, kinda scary!! We got a new district this week in our zone, so being the sister training leader (along with sister Dunn) we had to do orientation with them and tell them rules and talk to them about what to expect and stuff like that so that was interesting.  They don't have any sisters in their district, so sucks for them ;) Sister Barrett, Sister Kleinheinz, Sister Dunn and I are the only sisters in our zone and we're all in one district. It kinda sucks because on Sunday they choose one sister and one elder to give a talk and since there is only four of us the chances are pretty high that one of us will give a talk! Sister Barrett had to give one last week and I said the closing prayer again (in Portuguese!). Also last week Sister Kleinheinz and I sang Nearer My God to Thee in sacrament meeting and sister Dunn played the piano for us. Sister Kleinheinz has an AWESOME voice, she sounds a little like Norah Jones or someone like that. And Sister Dunn is an AMAZING piano player! I'm so glad that we were all put together because we all have so much fun!  Also this week in Relief Society Sister Perry came and spoke to us. I know her name probably doesn't mean anything to you because at first it didn't mean anything to me until they introduced her. She wrote a whole bunch of primary songs like A Child's Prayer, I love to see the temple, I'm trying to be like Jesus and a whole bunch more! It was awesome! She also re wrote As Sisters in Zion to be a sister missionary like song and she had us sing it, it was so super cool :) Well I've had an awesome week and I find out where I'm reassigned to next Thursday probably :) I haven't heard anything on my visa so I'm assuming I'll probably be reassigned to the states for a little bit :) which is ok with me, as long as its not somewhere cold!! Thank you for your emails and letters! they make my whole week bright! I love you so much! and I'll send you more pictures in a little bit :) bye for now
love Shelby :)
Posted by AmieMarie at 11:03 AM No comments:

Pictures from Sister Whipple at the MTC 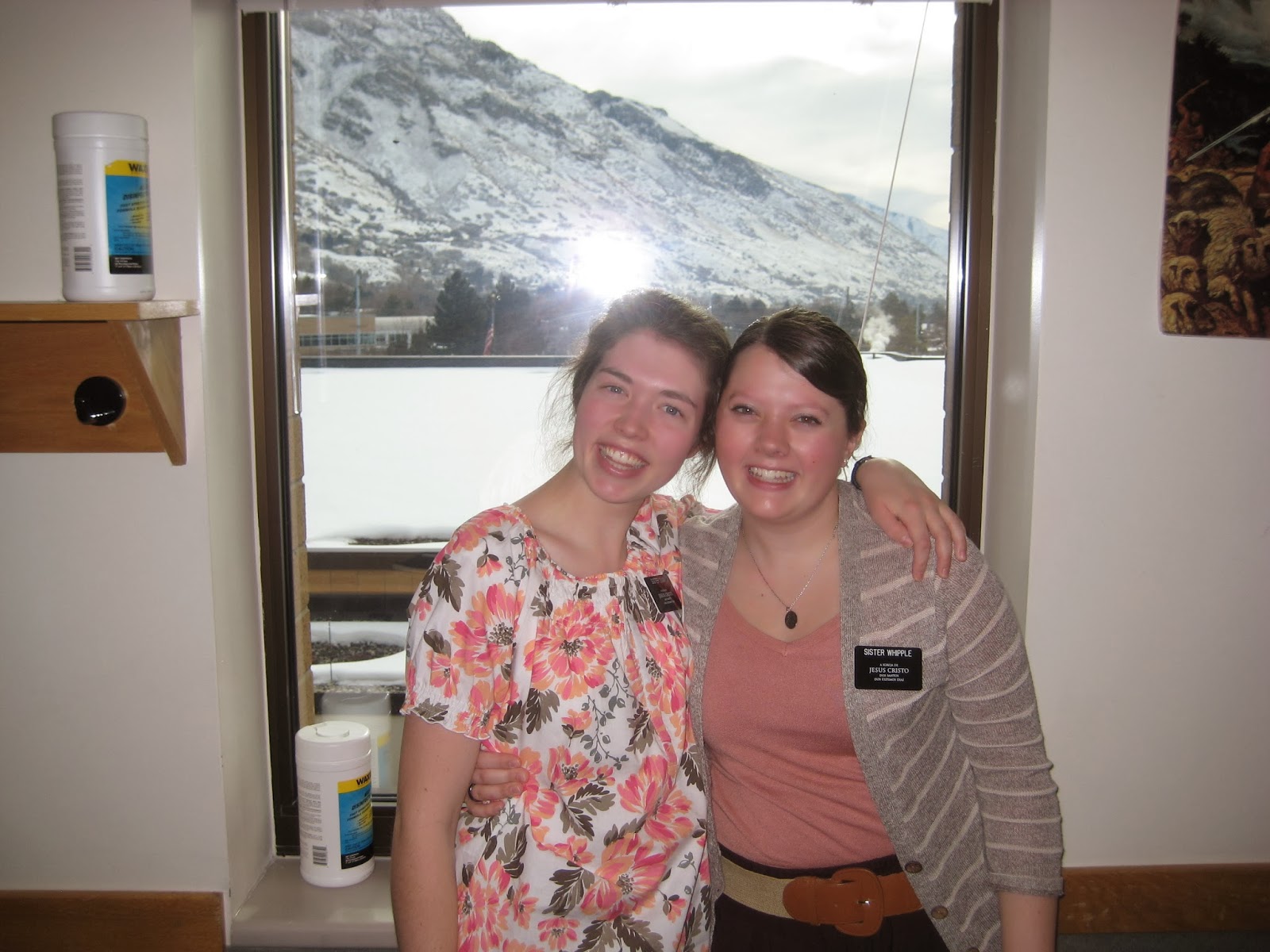 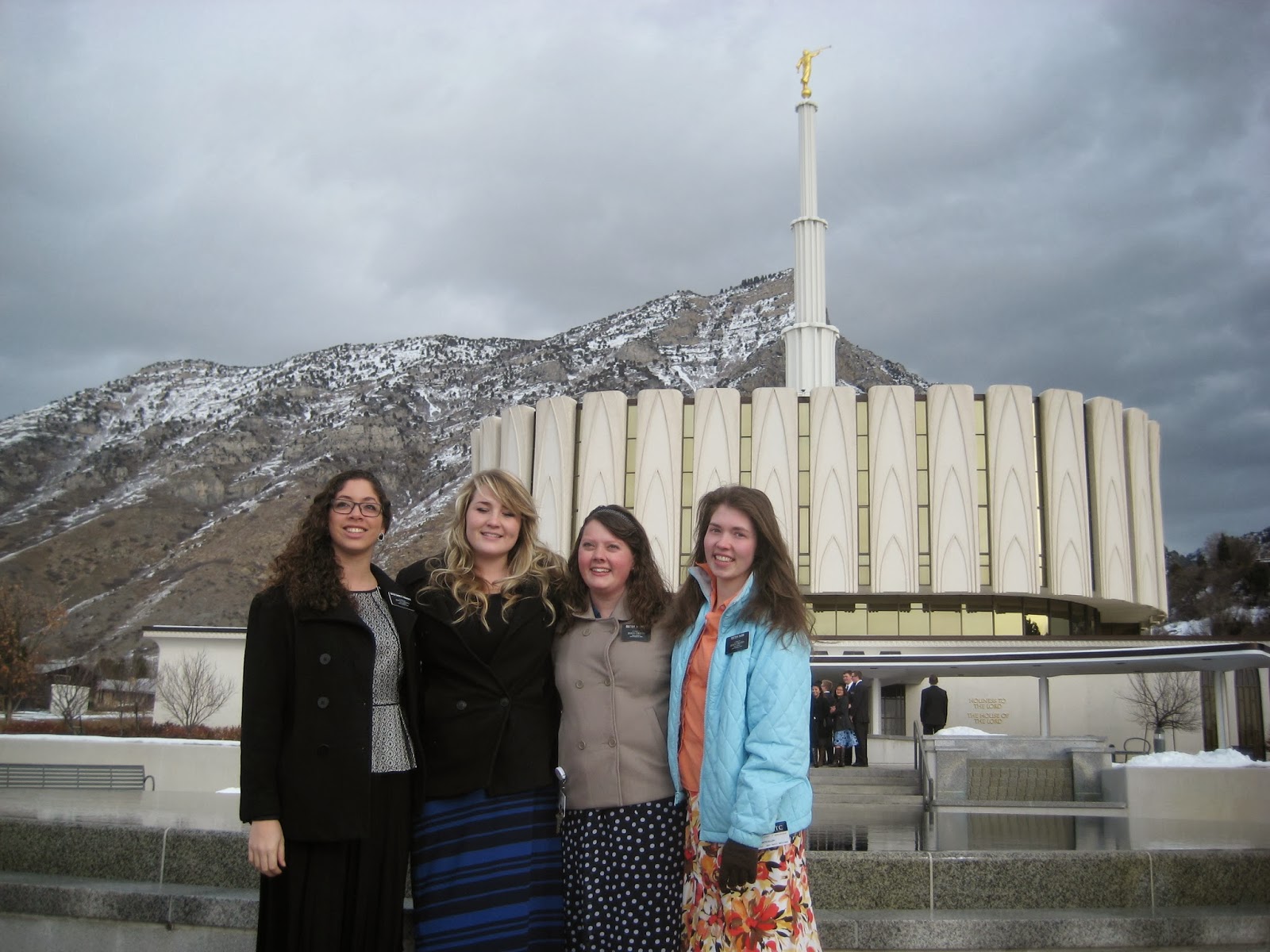 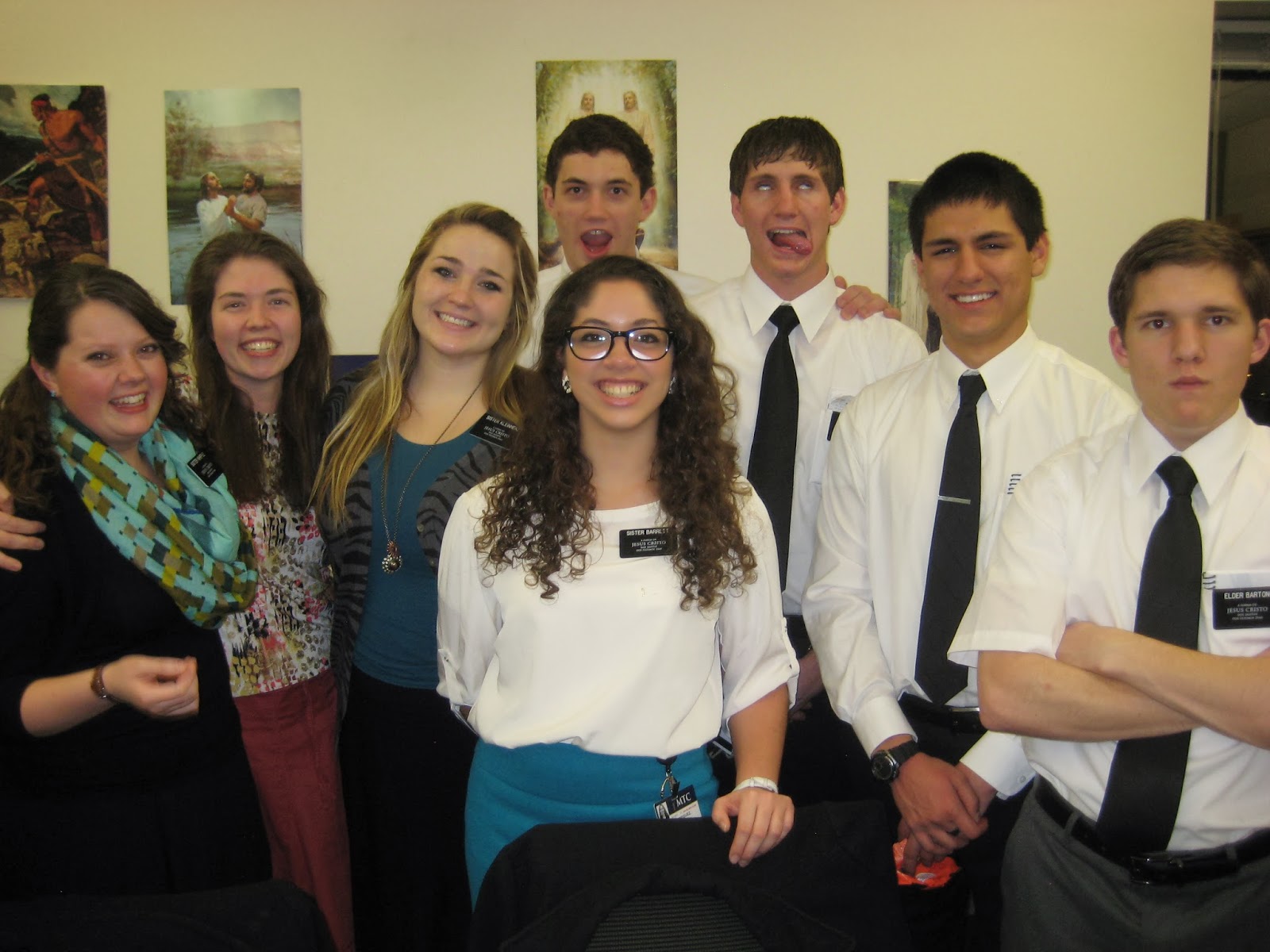 Posted by AmieMarie at 11:42 AM No comments:

News from the MTC!

Hi Mom :)
I'm so glad that you got my card :) Its fun to get mail from you and it makes my day brighter :) The weeks have been FLYING by! its crazy! It feels like I just came in yesterday! On Sunday I had to say the Prayer in Sacrament meeting in Portuguese! and I don't mean to brag or anything, but I did AWESOME :) It was kind of scary but everyone is very forgiving and nice so its not that intimidating :) Sister Dunn and I finished with our old "pretend" Investigator and committed her to baptism, so now we've started on two new ones. Ones name is Ana and the other one is Geraldo :) They're  both kind of scary but its ok because its just pretend ;) Sister Dunn and I are pretty much like best friends now :) She is Awesome and I think you would really like her. I keep forgetting my camera when we take pictures so shes going to send me ones off of hers so that I can send them to you! Did you tell Dad about the blogspot? I think that grandma Whipple would enjoy looking at it too :) Thank you so much for taking that on :) I probably won't be able to look at it here in the MTC but I might in the mission field, so we'll see :) I've been getting quite a few bloody noses?? I think its just because I blow my nose a lot and the air is thinner here in Provo. I haven't gotten one for a few days though :) I'm sorry to hear about aunt Haylee but I'm glad that its curable and that shell be ok :) I'm keeping her in my prayers. (and I say A LOT of prayers :)) My Companions sister had cancer awhile back and she passed away from it, so that's really sad, she showed us some pictures of her. She said it was hard for their family but they got through it.  Its been cold up here but I've been staying warm :) it hasn't snowed since the day I came in though :) I'm learning so much and the Portuguese is coming along great :) My teacher is awesome, we all love him. He is really short and super funny but he really knows how to motivate us :) There are sisters in my zone that are all leaving for the field today. Some of them are going to Africa and some are going to Portugal. Two of them (sister sinseneros and Sister Belmonte) were called to Brazil but because of the visa situation they have been reassigned to St. George! I told them that if they ran into any Mayhews or Whipples that they should mention me and  they would hook them up :) I'm not exactly sure what that means but I figured they could make the connection or something :) sister Sinseneros is CRAZY and so funny and loud. She's from Texas but originally form Mexico? I think? She speaks Spanish and there fore is very fluent in Portuguese. Well I better go :) I love you so so much and I miss you! ill write you another letter this week :) and Ill try to send some pictures in a little bit :) I love you!
Love, Shelby
Posted by AmieMarie at 11:17 AM No comments:

Called to serve in the Brazil, Cuiaba Misson 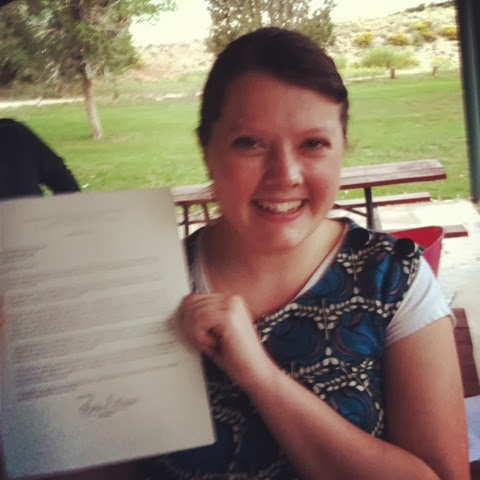 Posted by AmieMarie at 10:00 AM No comments: 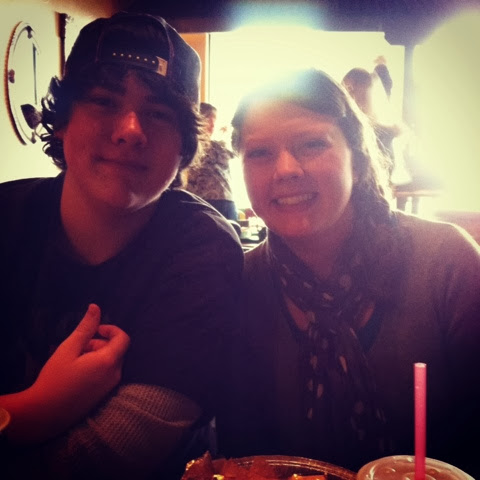 Posted by AmieMarie at 1:47 PM No comments:

Shelby and her brothers before going into the MTC 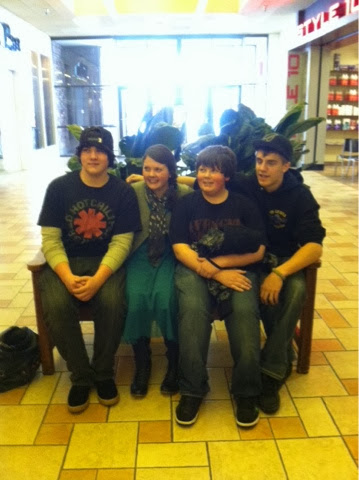 Posted by AmieMarie at 1:45 PM No comments:

Hi Mom!
Thank you so much for the package and for everything in it! Its so much fun to get things in the mail! ive been having a great time here so far and I LOVE IT! My Companions name is Sister Dunn and she is from Bristol Tenasee :) she sings and plays the piano, guitar, violin, and something else? also she sings! we have alot in comon and she reminds me alot of Timmi! I love her so much. the other sisters in my dorm are Sister Klinheinz and Sister Barrett, they are companions. Sister Klinheinz is from Indiana and she is CRAZY, she and I get along really well, but we dont get any work done, so its good that were not companions! sister Barrett is origanally from Purto Rico I think and then she moved to Texas when she was eight. They are all so much fun and they all have helped me so so much! They all say Y'all so ive picked that up! it feels weird saying you-all now :) alot of our elders are from texas and stuff too so im the ONLY one from Utah! Ive learned so much and Portugese is comming a little easier to much but its still kinda hard. Heavenly Father is definatley helping me though. I miss you guys but they keep us really busy so we dont have alot of time to just miss our family its kinda nice acutally :) The food is really really good :) Well Im so so sorry that is short but ill try and write you a letter this week! I love you so much! and ill talk to you soon :)
Love, Shelby
Posted by AmieMarie at 11:59 AM No comments:

Sister Shelby M. Whipple Entered the MTC on January 8th, 2014. Her email is shelby.whipple@myldsmail.net and her physical address is 2007 North 900 East Unit 97 Provo, Utah 84602. I will try and keep this blog as updated as possible and share her letters, pictures and experiences.
Posted by AmieMarie at 12:00 PM